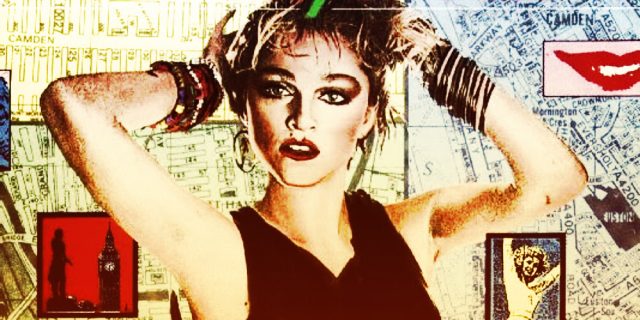 Right: no messing about – it’s Christmas party season and all we want to do is drink and dance, and not think about small children’s present demands. So Joe has gone to town and rounded up the finest dancing music available. Here are his usual five stone cold classic tunes, mixes, streams and all the rest… except he’s got carried away and there’s some absolutely killer BONUS CONTENT too. Get stuck in.

Not often a track gets you in the first quarter of a second, but the siren that kicks off “Ephemeral Nights” tells you instantly that you’re in furious banger territory. This is bug-eyed, sweat-dripping industrial acid techno at its very best, and for all its aggression it is filled with pure joy. Liquid Asset aka Alene Marie is from Philadelphia but she’s a Brooklyn resident, and it’s New York’s gritty, grotty techno of the 90s – Adam X, Synewave Records, Lenny Dee etc – that she clearly takes inspiration from. The other three tracks on the EP aren’t quite so maniacal but they’re still very good indeed. Buy it here.

Like a lot of people who’d grown up on rave and jungle, when the rhythms of drum’n’bass started getting more regular and on-the-beat in the late 90s, I got a bit snotty about it. “Flat beat jungle”, Kamal Joory aka Geiom memorably called it. But eventually I learned to appreciate it, and a good thing too as 20 years on it’s still responsible for excellent records. This on Doc Scott’s 31 label is almost as much a fast techno/electro tune as it is anything jungle-derived, but with brain-crackling sounds and sub bass like that, who really cares what it is? Buy it here.

So many culture crimes have been committed in the name of “deep house” that it can be one of the biggest turn-offs in music. On the other hand it is also responsible for some of the most magical music of all, and if anyone can still deliver the real deal it’s Chicagoan OG Ron Trent. As I said the other week, Nightmares On Wax appear to be back on form in a very big way, and this remix is just sublime. It’s got gospel, it’s got dub, it’s got righteous these-are-hard-times-but-we’ll-make-it-through lyrics, it’s got lavish pianos, it’s got proper house hypnosis, and it’s not a second too long at ten minutes. It’s damn near perfect. Buy it here.

Deb Ghose has one of the best punning DJ names of anyone ever – given that she’s one of the longest-running residents in the little shack in Dalston that is NTS Radio… i.e. she is Deb “on air” – DO YOU SEE? She’s also a kick-arse club DJ, and this mix she did for FACT mag is a straight up belter, full of down and dirty house, electro and more undefined club styles of just the type you want when it’s very, very late at night and you’re not ready to go home. More info and download here.

BONUS CONTENT! You ever have one of those weeks where a certain theme or category of things keeps popping up in your life? For me this has been an 80s pop remix week. It started with compiling lists of the best archive/reissue releases of the year, and getting into the bonus disc that comes with the new reissue of Tango in the Night. Then sometime BFLF DJ Bill Brewster was on Facebook asking for examples of “proto acid” i.e. tracks that sounded a bit like acid house before acid house and I was reminded of a favourite old Eurythmics b-side mix from when they were very weird. Then Rephlex acid genius Mike Dred posted this absolutely extraordinary Erasure remix from 1988 on HIS Facebook. And the Madonna re-edit? Well that doesn’t quite fit because it’s a relatively new (2013) version (you can buy it here), but it cropped up in another online discussion and then I discovered it is the best possible soundtrack to breakfast when you’re feeling ill and you’ve had a shitty night’s sleep being relentlessly kneed and elbowed by a restless five year old. And lots of these will be good for Christmas parties, too, so there’s that, too.