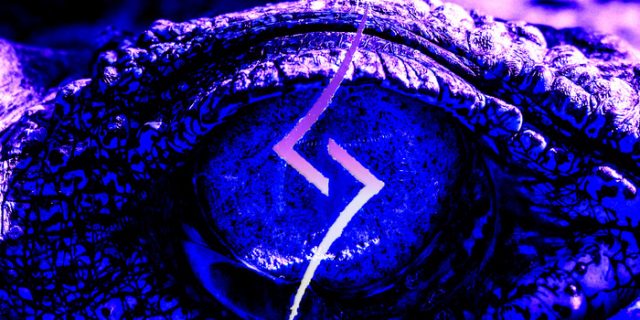 There’s nothing like a good bit of slow-and-moody in the rave sometimes, especially if you’re of a certain age. The sort of thing Andrew Weatherall and Sean Johnston play at A Love From Outer Space: zoned out and creepy-crawly, with enough psychedelic detail to keep your interest as it ebbs and flows: just the sort of thing you can bob about a dancefloor to for hours on end without risking a hernia or knackering your knees. Sheffield’s Richard Baratt aka Parrot is a proper UK legend – see this feature for the full lowdown – but is still on the form of his life as Crooked Man. His usual MO is a bit housier, but on this remix of London post-punk band Snapped Ankles, he’s done a full-immersion weird-out and it’s great. Buy it here.

Not a lot of information here. Masked artist, doing a project that “aims to draw an audio landscape to the past decades’ fight for freedom from people from the ex Persian empire: from young people dancing to defy the high level of Islamic rules in Iran to refugees fleeing Syria through the Kurdish battle for democracy,” made between Lyon, Cologne and Thessaloniki. But like the best Detroit techno, very serious theory can create something very beautiful in practice, and the three ambient and two techno tracks here are mysterious and moving and very much worth your time. Buy it here.

Posthuman are cousins Rich Bevan & Josh Doherty, who are also behind the extremely good I Love Acid raves and label. Josh is also now half of Altern 8 along with BFLF regular Mark Archer. Here they’re releasing on Dixon Avenue Basement Jams, Glasgow’s most consistently thumping house label. As you can imagine given all those qualifications, they know how to roll out a banger, and these tracks are just that. Very very old school in sound but devilishly immediate in impact.

I’ll admit, the micro-divisions of drum’n’bass leave me baffled. This, apparently, is “neurofunk at core, but steers closer to Noisia’s recent jump up meets neuro ventures”, errr right OK mate. What it definitely is, though, is very, very weird, and that is deeply appealing. There’s been a whole thing in D’n’B lately spearheaded by Alix Perez of beats that slither all over the grid, and I guess this broadly follows that; I can’t imagine what this would to to you on a headful of party drugs – it’s fairly mindbending on a brandy, a few mince pies and a couple of cocodamol TBQHWY.

The Boogie Side of Modern R&B

Your flashback selection for today is this extraordinary party soundtrack, crowdsourced by sometime BFLF DJ Bill Brewster on his Facebook page. There’s nigh on TWELVE HOURS here of R&B and neo-soul from the 90s, 00s and 10s that harks back to the late 70s and early 80s in its samples and sound palette. It’s very very good indeed and I was proud to be able to slip in at the end and contribute a couple of all time favourites (Katy B and the Jill Scott / Anthony Hamilton one were mine). Was very glad to see that the very first song mentioned of all was Whitney Houston “Million Dollar Bill” from the magic moment in 2009 when Swizz Beats went disco – it remains a classic for the ages, and I’m now absolutely convinced that Brewster should adopt it as his DJ name… though he says “I’m from Grimsby, it’d be more like £1 Bill”.