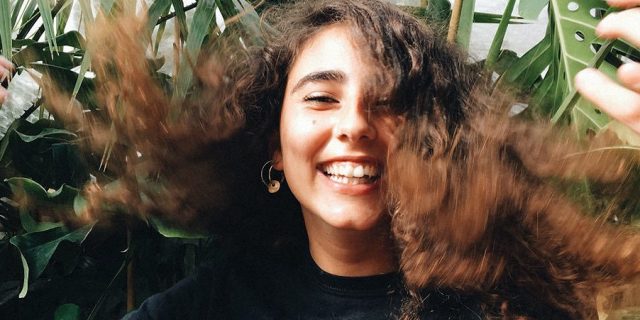 OK boppers, we’re back after the Xmas break, and to counteract the various Aussie Flu / Dry January / other winter miseries, here’s Joe with a bumper crop of space disco, speed garage, neo-soul, cinematic soundscapes and – of course – Estonian wonktronica.

It’s not really something that you should admit in polite company, but 80s boogie/club music is a long way from being my favourite music. In common with so much of the decade’s other music, the production gets too prissy and cocainey, and it doesn’t have the lavish grooves of 70s disco, or the instinctive thrill of the house and techno that would follow. And nowadays, there’s a very distinct and predictable style of DJing by scoop-neck t-shirted gap year types that re-runs the same predictable set of tunes in a very wearying way. All that said, of COURSE there are exceptions. And this re-edit by the brilliant Soft Rocks, on a 10” single marking the 6th birthday of the Let’s Play House label, is an absolutely gleaming exception: it makes the 80s sound truly funky, and here’s to that. Also there’s a gorgeous bit of trippy disco on the other side, and it’s a good record all round.

It’s funny, and a bit sad, to think now that the west end of London was once the heart of clubland. Not that I was going to champagne-popping, Moschino-flaunting garage clubs in 1994: I was still a borderline grebo in combats and puffa jacket at techno dives and the occasional jungle night. But good god, this stands the test of time. I don’t think the name “speed garage” was even coined then, it was just a set of DJs playing American house records sped up for people still carrying on after jungle raves. But this contains a whole set of records that would become staples of the UK garage scene – including, uh, Celine Dion. Thanks to the Big Apple Facebook page for posting this, and props to the woman who has just commented “oioi” at seven different points in the mix.

Ambient music, in the broadest sense, is everywhere right now. In particular, Hollywood films, Netflix series etc have started incorporating some deeply weird experimental soundscapes, which seems to be helping normalise it and tune ordinary punters into all sorts of peculiar frequencies. If you want to give your life a dramatic soundtrack, here is all the space-cadettery you could possibly want, completely with gorgeously pretentious titles. The Harvest of a Quiet Eye is on the small Opal Tapes label from Newcastle and comes on your actual cassette tape as well as digital, while IDDK is on fabric’s Houndstooth label – but there’s a distinct overlap: between them they make up a pretty good overview of everything from orchestral drone to weightless grime, evolving noise to cosmic junglism… buy these and abolish gravity now!

It’s very sad that Britain doesn’t appreciate its own neo-soul talent more, because there’s a lot of good musicians who would probably be huge if they came from Philadelphia rather than Norwich (like 18 year old Maya Law) or Catford (like the amazing Joel Culpepper). I don’t know anything about Maya (pictured up top) but was sent this new single by a friend who works in music education up that way and it’s fantastic – there’s a mini album on her Bandcamp page too. Joel I met when he was a nursery teacher, and my son’s key worker, and I can testify that he is an excellent person, as well as – as you can see and hear – a brilliant singer who is prone to getting his kit off at any opportunity. “Woman” is proper gut-busting old school soul, produced by funk-grime maestro Swindle. Anyway. Good singers, good songs. Go gettem, and spread the word so they get the success they deserve.

And here’s your dose of Eastern Bloc electronica for the week. There’s something about ex-Soviet states that seems to get people experimenting wildly – here’s a load of Russian Techno I compiled for Bandcamp last year if you want to dig in deep, for example. And this EP by Estonian producer Ali Asker has all sorts of fantastic broken beat-ish, ambient-ish, strange-ish rhythms, plus a couple of awesome remixes including one by Detroit deep house don Patrice Scott which has the most intergalactic piano you’re likely to hear this year.