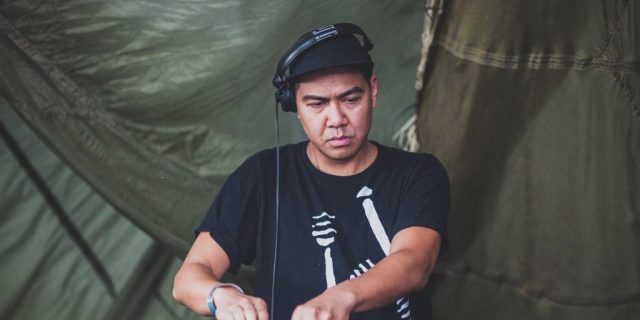 Shameless nepotism here – DJ Trax runs BFLF East Anglia and Essex – but richly deserved, as it goes. Dave has been rolling out the beats since the rave days and before, most prominently on his Moving Shadow releases of the 90s, but he’s never stopped refining his style. The drum’n’bass he’s making now is slick, tough, but above all soulful: it echoes the rare groove and soul diva samples in early jungle, but with all the production oomph that the 21st century has to offer.

Child of a celebrity making retro-reggae? Should be pretty sketchy, but Hollie Cook (daughter of Sex Pistol Paul Cook) carries it off with the most extraordinary aplomb, mainly through the radical tactics of 1) singing really well and 2) being really good at writing songs. On her second album she’s collaborating with Youth (Killing Joke, The Orb), but he’s clearly done the right thing and facilitated her musical personality taking centre stage. There’s a smart 60s girl-group vibe and a little bit of Blondie running through the songs and it’s all enough to melt the hardest heart.

Can’t remember who shared this onto my Twitter timeline the other day, but big, big thanks to them. It is getting on for being the best electro set I’ve ever heard, full of rowdy energy, acid licks and superb mixing. One of those ones that’s bittersweet because you wish you were at that party, but you’re very happy you got to hear it anyway.

Jus Now are from Trinidad and Glastonbury via Bristol, Dismantle is from Brighton (also via Bristol) and Busy Signal is from Jamica. What can the connection between those places possibly be? [thinking face emoji] Talking of connection between places, this also features the Hot 8 Brass Band from New Orleans (where the outstanding video was filmed), making a link between the carnival cultures of there and Trinidad. All together, they’ve made a huge party banger, which will make you want to jump around.

Obviously with the volume of music available it’s impossible to keep track of everything. Even so, it’s to my undying shame that I missed what might well be the best grime album of 2017, from one of the scene’s veterans. It tends to the moody and introspective side of the genre, not least in the video below that compiles all the guest “Outbursts” from the album, but there’s a whole lot of wit and bounce to leaven the bleakness too – in fact the whole thing veritably bubbles with invention, and is a real reminder of how grime, for all its ups and downs, has a restless heart that seems to never allow it to settle into predictable ruts.