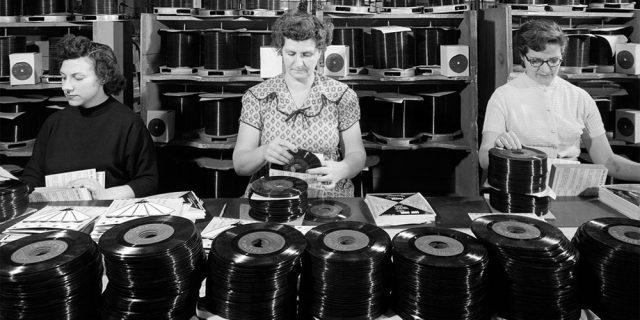 It’s that time again. Whether you’re a semi-retired raver who buys two records a year, an unrepentant wax fiend or a casual streamer, there’s something for you here in Joe Muggs’s weekly recommendation station. French-Jamaican dancehall-dub via Brooklyn, Japanese ambience that’s 35 years old but sounds as fresh as the day it was made, the early experiments of a junglist legend, some heartstring-tugging club groovers, and dystopian techno are all here for your delectation, and they’re all good.

The Japanese new age music of the 1980s is prime fodder for record collectors ($580!!!) and inspires underground bass producers too – but it’s also worth investigating because it’s just very, very beautiful. This is the first time this 1982 album has been issued outside Japan, which’ll probably upset the person selling it for $340 on discogs, but is very good news for anyone who likes music that makes your brain instantly feel fresher and cleaner. It’s basically a set of electric piano sketches with subtle background sounds, whose closest relative is Brian Eno’s 1977 “By This River” – but for all its incredible simplicity, it seems to fill any room it’s played in like a very expensive and bewitching perfume. Buy it here.

Of all the producers to break out in the proliferation of various “bass music” and “post dubstep” permutations circa 2010, Djrum (no I still don’t know how it’s pronounced) is probably one of the most under-appreciated. He’s an absolutely extraordinary DJ, which feeds into the fact that while his productions are unbelievably advanced, they still have all the crisp dancefloor impact of the rawest dance styles. This might be his best record yet: both sides mix syncopated house drive with complicated ambient sound design and absolutely heartbreaking melodic interludes – just wait for the strings on the title track: you’d have to be a hard-hearted bastard not to get swept up in their melancholy lushness. Buy it here.

Jérôme “Von D” Meyer was always one of the most soulful producers in dubstep, specialising in vocal tracks that signalled an interesting direction the scene could’ve taken But his deep catalogue is also full of house, techno and all kinds of other sounds, and especially recently he’s done a lot of heavy digital reggae. This EP for Brooklyn’s Dub-Stuy Soundsystem is straightforward dubwise stuff with dramatic horns, echoes galore, three tracks of dancehall vocals by old friends and collaborators Jahdan Blakkamoor, Croydon grime/dubstep originator Don Cotti (here in his vocalist guise) and 60 year old Jamaican legend Lone Ranger – plus one hefty dub, “Surrealiste Skank”. It only really comes to life on big speakers, but when it does… hoooo boy. Buy it here.

The deluge of long-lost or never-before-heard music from the hardcore and jungle era shows no sign of stopping, and the quality of some of the stuff emerging is just preposterous. The crowd-funding Music Preservation Society are cutting new releases seemingly daily, a recent quartet of 12”s of unreleased tunes from Reinforced Records sold out in seconds, and DJ Harmony’s Deep Jungle project now follows up a killer Dillinja drum’n’bass 12” with two tracks from Adam F from 1993, when jungle was still just taking shape. “Pressure’ was only ever released on an ultra limited promo sold from one shop, while “Rushin’” has just been found on an old DAT tape. Both of them are absolutely fizzing with invention, pushing against the limitations of their technology, revelling in the fact the rules of the game are totally unwritten, full of trippy fidgets, scratches, acid gurgles, but all with a rave warmth that binds together the more crazed elements. It’s just magic. Buy it here.

From NYC where he cut his teeth, through the Birmingham scene alongside Regis and Surgeon, to affiliation with Berlin’s notorious Berghain club and Ostgut Ton label, Dave Sumner’s CV is the stuff of techno dweebs’ most fevered dreams. He’s adept at everything from the most infernal pounding to levitational ambient (his album with Dominick Fernow as Function & Vatican Shadow is one of the best ambient electronica albums of this decade), and on this second volume of his rare and unreleased tracks for Ostgut Ton’s A-Ton offshoot, all of that is here. The mood is dark and often bleak, but the constructions are so perfect that the Blade Runner world it takes you into can be not just edgily thrilling, but downright gorgeous to behold. Buy it here.