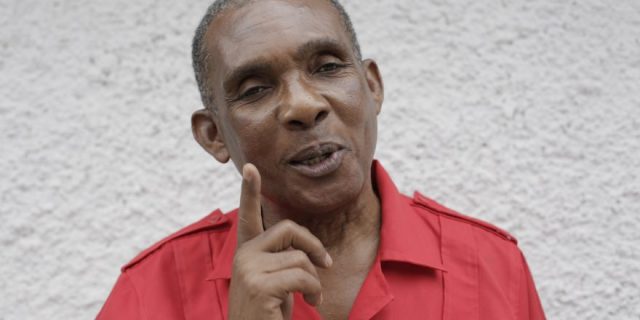 There are some absolutely dazzling records in the recommendations from Joe Muggs this week, people. This time round, there’s a face-meltingly great album from a sometime BFLF DJ, a cool-as-ice selection from an underground favourite, vintage reggae from the great outdoors, disco with junk in its trunk, and a good old 45 minute Aussie-Balearic prog epic. Get streaming, get buying, get watching… get involved!

Danny Native is a bona fide underground legend – and not just because when he played BFLF, he made his own “family friendly” re-edit of “Energy Flash” that had the “ecstasy… ecstasy…” refrain replaced with “big fishy… little fishy…” No, he’s a legend because he is simply one of the best producers in the world. Broadly house but with large helpings of UK soundsystem bass, classic rave era bleeps and riffs, and a good amount of techno cruch, his tunes never repeat themselves yet all somehow capture that trend-immune underground sweatbox essence. If he were from Detroit, or were a white lad with an interesting haircut and studio flat in Berlin, he’d be a superstar – but as it is he’s an awkward bugger who wears his heart on his sleeve to say the very least, and remains a bit of a Best-Kept Secret. This album reflects some very hard times in his life including losing his sight as a result of an old injury, and is emotionally raw, sometimes downright scary – but at the heart of it all is still his unerring ability to make music that feels like a sanctuary, both strange and familiar at the same time, and as such it absolutely confirms his legendary status. Buy it here.

Joy Orbison – like Djrum, featured last week – emerged in the turn of the decade genre meltdown that was awkwardly known as “post dubstep”. In fact his track “HYPH MNGO” was kind of emblematic of that period of flux. But like most of the best of his generation of DJ/producers, he’s not about lowest common denominator, but is a scholar of many individual strands of underground music. This compilation for Amsterdam’s Dekmantel organisation is a damn-near perfect way into the micro-currents of club and bass music. The tracks come from all over and all eras, with everything from the newest experiments to venerable street soul to glorious, soulful old Source Direct drum’n’bass track, but the brilliance is how the lines of similarity between the diverse tracks make it work together as a complete album. Buy it here.

Great reggae voices seem like they’re built to mature well. The likes of Toots Maytal, Horace Andy and Janet Kay are still dynamite live, and the time I saw Jimmy Cliff at the Cambridge folk festival was so good it’s the only time I’ve ever shed tears at a live show (when he did “Many Rivers to Cross”… I was quite drunk). Anyway. Ken Boothe, best known for the majestic “Everything I Own”, is also still in very fine voice at 69 years old, with his extremely distinctive phrasing intact, and his new unplugged album, recorded outdoors in the Blue Mountains, is absolutely lush. Buy it here / Stream it here.

I had never heard of Purdy until someone sent me a link to his Bandcamp on Twitter the other week, but I’m very glad they did. He’s an Australian multi-instrumentalist, who makes vibesy, blissed-out instrumental stuff that’s a bit Balearic, a bit prog, a bit post-rock, and 100% suitable for giving up your job and running away to spend your life off your chops wearing a kaftan and selling shell necklaces on the beach in Formentera to. His last album was a 45-minute single track epic, and this one has an 11-minute song called “The Five Dimensional Waltz” – I mean, what more could you want? Buy it here.

Neo disco can be a bit slick, a bit predictable, a bit cocaine-jaded. Not so the Berlin duo of Marco Esposito and Aziz Hashmi, who, it appears, are all about fun, fun, and fun. On these EP there are two conga-bashing Latin heaters, and two elegant tributes to disco dancing on the French Riviera. In all of them there are bits of kitsch and silliness, but above all there’s absolute dedication to good-time grooves. Buy it here.