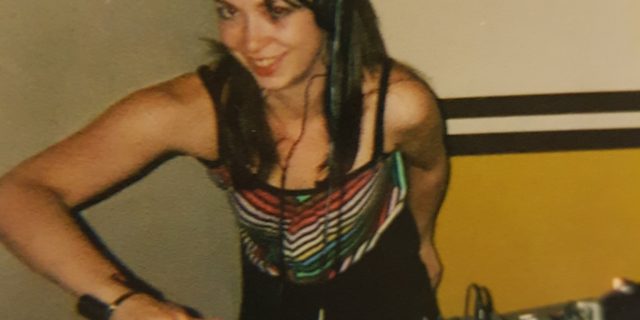 Clubs We Have Loved #2 – Nottingham and beyond!

When asked to write a blog about the clubs we have loved a common response amongst the BFLF crew is ‘not sure I remember enough to write about!’. So with hesitation I agreed and started to dig those memories from the depths of my foggy brain and started on a little self-indulgent trip down a very hazy lane…
Having grown up in Nottingham this is where I’ve done most of my clubbing and I’m pretty astounded at the number of clubs I’ve frequented when I write them all down! Kicking off with every Nottingham 16 year olds entry level club in the early nighties – Rock City, student night on a Thursday. Fake I.D and £5 in my pocket that got me there, a couple of pints and home again. Tie die dresses and steel toe capped DM boots – I was a bit indie, a bit grunge – the dance music hadn’t got me yet. Throughout 6th form this was a weekly habit. Even progressing to the ‘Alternative’ night on a Saturday – woah, serious rock! I kind of noticed dance music, even went to the hallowed Venus once in 1993, but just didn’t quite get it. I know, shoot me. Venus is still lauded as one of the best clubs in the country at that time. My older self would have very stern words with younger me if it got the chance.
Then in 1994 I went to Glastonbury. I had an amazing weekend of teenage frolics, first time away without my parents, EVER. You can imagine the kind of fun I had. The sun shone, I danced and danced, snogged boys in dresses, made random new friends in the loo queues, talked nonsense at the stone circle. Highlights were Bjork, Rage Against the Machine and The Lemonheads. Then last thing on the Sunday evening I saw Orbital on the Other Stage. It’s not too dramatic to say this experience was a pivotal moment in my life. I now got it.
I left home, started working at Cucumara (notorious for very cheap cocktails – the pay was shit but we got to drink whatever we wanted and free entry into all the clubs) and going out – all the time. The Hippo, The Garage, Dubble Bubble, Beatroot. University came second best to night time fun. I became nocturnal, immersing myself in all that Nottingham nightlife had to offer. I’ve very fond memories of an all night café in Hockley where we used to end up for chats and tea in the early hours when all the clubs had closed. I got married, very young. I settled into clubbing as a couple and got stuck in a bit of a rut. It wasn’t until we split in 1999 that I went my own way – and as well as other clubs like The Market Bar, Marcus Garvey and Lizard Lounge – The Bomb came into my life.
The Bomb. Underground. Low ceilings. White walled. Cave like. Outside courtyard to cool off and talk for hours. Upstairs Barrios bar. Flooded women’s loos – a pretty disgusting feature that didn’t stop us going! Favourite DJ’s/nights: DiY, Spectrum, Dave Congreve, Kelvin Andrews, Tyrant with Craig Richards/Lee Burridge, Detonate, Osborne in the back room, Bent, Inland Knights, Charles Webster – and so many more that I can’t remember. Very sociable. Up for it crowd, friendliest dance floor I’ve ever known. My favourite club. It’s held with such fondness in this city for those who went that it’s still mentioned often – for example a bloke behind me at The Orb gig at The Rescue Rooms recently, loving the music, hands in the air “It’s just like The Bomb”. Big smiles and a warm glow. Ahhhh. But, as they say, all good things must come to an end.
The next few years were a mixture of nights at Stealth – responsible for some totally on it nights and brilliant friendships – Sky Club/Bluprint, The Maze, Smokescreen Soundsystem, Basement Boogaloo, late night bars such as The Loft and Moog, free parties in the most random venues – warehouses, shops, underground caves (a bit of a Nottingham theme), loads of festivals and getting married. In 2008 we went travelling, just as the world went in to financial meltdown. When we returned the family and kids thing took over. It seemed my clubbing days had been curtailed by approaching middle age and responsibilities.
In 2015 I was at a festival with my kids and saying about how I would love to have something like it at home to go to – good music and dancing with my kids. I was chatting with my brother-in-law who said he knew of people putting on parties I’d like in London and I should speak to them. I spoke to Hannah (founder of BFLF) and knew I had to bring it to Nottingham – so here I am nearly 18 months later combining those two worlds of family and music, and absolutely loving the raves and all the people I’m meeting as I expand across the East Midlands and Yorkshire. A huge highlight has been meeting Alex Paterson of The Orb – Little Fluffy Clouds holds a special Amsterdam memory for me! – and Mark Archer of Altern8. They’ve both played brilliant BFLF sets in Nottingham over the last year. As a nod to my favourite club it’s been great getting The Bomb’s resident Kelvin Andrews to play a fantastic set last July, and I’m thrilled Dave Congreve will be on the decks at our June Nottingham party. Long live The Bomb and all who partied in her!  Verena BFLF East Mids & Yorkshire manager xx