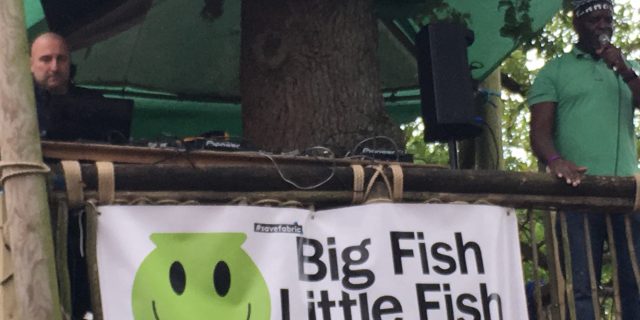 Masters of Ceremony – a Clubs We Have Loved special by Liam Wilson (BFLF Scotland) with contributions by DJ Trax and announcing MC Chalkie White!

Love them or hate them, MCs are an integral part of the rave scene. But how many people know that the art form of MCing has roots that stem far beyond and even predate the early 90’s? If anything, their current styles are purely another in a long line of evolution that crisscrosses along the timelines and history of Reggae, to Hip-Hop and even Disco in the 70’s. You see, the use of the microphone to accompany some selectors’ chosen plays was common to fuel the interaction between the audience at clubs, dancehalls and gatherings way back.

I remember seeing a DJ use his microphone for the first time when I was a kid, that typical party DJ those in the 70’s and 80’s will remember, announcing their next track or playing with their audience, embarrassing the groom or commenting how many too many aunt Mary had.. it was cringeworthy, but it was, in essence, a tool to liven up an otherwise disengaged gathering of people to a common attention, and in some respects, that lack of self-concern and confidence was admirable, especially to a young lad like myself. OK, so perhaps to draw this comparison isn’t the coolest example, but the essence of why a microphone is used at a time that music is being played, I feel it is a fair one to start off.

There are far more essential elements that the foundations of the scene have which can be drawn from here, the toasting of Sound Clashes, the godfathers of Reggae sound systems, keeping the focus of the crowd in an almost sermon-like way, true ‘Masters of Ceremony’ whose life played out in the sound they played so well. As a matter of fact, a young Jamaican born deejay moved to Queens New York and his Sound System influence helped to usher in a whole new culture in Hip Hop, his name?…. Kool Herc!

Hip Hop was a point in time that I feel that my first real draw into music was secured, and when the culture of Hip Hop arrived at the shores of Britain and came to my attention in ‘83 for that first time I was entranced. The art of turntablism and 1, 2, 3 or more MC’s in a musical flow had me hooked and although I didn’t see a pair of Technics for myself up close until I left school, I took to the likes of Breakdancing and Graffiti art and collecting records and tapes almost immediately, I was certainly not MC material. But it wasn’t broken beats and bleeps alone that got my attention, it was that new style of poetic word magic which just cemented everything into a deep-reaching flow of feelings that got me dancing in a way I never imagined I could. I knew there was something special happening and it was big, but the message was key and it had power, little did I know how much that power had until much later.

When an MC takes a Microphone he has a responsibility to program the listeners mind at their most susceptible, they have a power to control emotion that is magnified by the music they speak upon and as a teenage boy in school, the likes of Public Enemy, ICE-T, NWA all made a deep impression on me and many of my friends, but the negative enforcement and hormonal conflict of teenage years made me feel bitter to a society which was on reflection far and away from the east side of LA, but it didn’t sound that way at the time… to me that was speaking to the world, a change was coming through, and little did I know how or where it would come from, it was almost time to call it a day at school, and someone played me a new sound. 808 state with MC Tunes, Silver Bullet…. It was a amped, but it was homegrown, it evolved into a lesson in musical love I will never forget.

From a guy called Gerald, to Soul II Soul, to Adamski, to Guru Josh I voyaged into a sound that was so full of positive notion that the parties soon followed. I was 17 and Berwick Manor in Rainham was my first adventure out, which soon followed by an all-night rave, on the train to Margate, The Lido, Seduction! and it was here I first heard a rave MC live…   MC Rush…

Now, a rave MC at that time was quite simply a crowd-hyping machine, no complicated unending lyrical flows, it was complementary to the track but it was minimal, but it worked well. For those who weren’t there or can’t think of what I mean, think Maxim of the Prodigy and you have a good idea of the way the Mic was used back then. Simple, powerful, effective vibes. I loved that, some still prefer it that way, but it had to evolve, and as the music did, it did indeed too. The oldskool hardcore MC evolved into the Junglist MC, the Garage MC, the Grime MC… it’s just grown, with definite influence from Hip Hop and Reggae the culture grew and the UK made a huge impression on the world with its adaptation of existing sounds and the birth of new ones. What works is a matter of taste as always and these feelings are my side of the story, but the truth I feel is that a great MC uses his power to hype, engage, lift the vibe, but not corrupt their audience. It’s my opinion but horses for courses, I still respect a good lyrical flow and it is definitely a lifelong partner of the scene, and they have their niche, usually anything breakbeat related suits an MC, or if it has a funky flow that works as well.

DJ Trax (Moving Shadow – also BFLF East manager) has this to add.   ‘I have worked with some great MCs and some MCs where i was just praying they would run out of steam (they never do!). When a DJ and MC work as a unit however it can be magical thing. For me MCs like Conrad and DRS were as much a part of the sound as the DJs at events like Logical Progression and Speed. In the same light for me GQ was the voice of AWOL at the Paradise amongst other nights. There are some great DJ/MC duos that also work very well together for example Randall and Moose and Nookie + Five Alive. You can tell they feed off each others energy and respect each others space. A great MC knows when to let the music breath and when to hype up the crowd up. ‘

Given the immense importance of MCing not just to rave culture but musical history going back decades Big Fish Little Fish are delighted to announce that MC legend Chalkie White will be making his formal BFLF debut (after a surprise slot at Groombridge Place) with Slipmatt 25 November in High Wycombe. He has been MCing since the 80s and his list of venues, events and DJs he has worked with is phenomenal.  He says ‘Best by far I never smiled so hard big fish little fish is a breath of fresh air in today’s ravedom honoured to be a part of this.’ Right back at ya – honoured to have you on board.

We are also made up that Nookie and Five Alive will be performing at the Essex launch, Orsett Hall – 19 November.

Big Up the MC Possee!