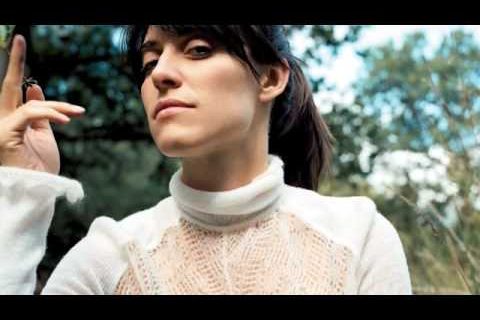 Argh, it’s that bit of December when the various work drinks have started (and if you’re a freelancer, that can end up being a LOT of drinks), the shopping has started, the kids have reached fever pitch already and are only going to get more crazed as Christmas approaches, and the end of the month (and year) is starting to look like it’s a long way away. There’s only one answer: rave tunes turned up very loud to drown it all out. So here’s Joe back with five more of the best chunks of music that exist.

The focus in grime lately might have been mainly either on its superstar MCs like Stormzy and Skepta, or on the more experimental electronica edges of it (like the “weightless grime” sound which is essentially moody urban ambient) – but it has not lost its ability to deliver full on rave-wrecking instrumentals too. The Rotpot label is a spinoff from Slimzos, run by Slimzee the DJ who more than anyone else could be said to have codified grime in the first place back in the early 00s with his sets featuring Wiley and a teenage Dizzee Rascal on the mic. He knew a banger then and he clearly knows one now. All of this EP has all the weirdness and unpredictability that made grime great in the first place, and in Hill Top Dub, with its rolling jungle-ish breaks and absolutely monstrous sub-bass, it’s got a dancefloor facemelter that completely transcends genre.

I do not know anything about this EP, except that the producer is Bulgarian, it’s a bit techno and a bit electro with a lot of quirky twists and turns, and when I found it in my inbox and put it on it made me grin like a clown.

There’s a tendency in the boho leftfield for very, very highly detailed sound design in various forms: music that sounds very futuristic indeed but can also be awkward and disjointed for the sake of it to an annoying degree. However when it’s done right – try Björk / Kanye collaborator Arca as a particularly fine example, or NON Worldwide founder Chino Amobi – it can be really quite shockingly beautiful, and feel like entirely appropriate music for a world of cryptocurrencies, online insurgencies and general future-shock overload. The PAN label from Berlin is pretty reliable for this high-tech kind of stuff and the new album from label stalwart M.E.S.H. is by turns bracing and breathtaking. Some parts of it are going to be too clattery for all tastes, but tracks like “Signal Ride Drums” are fully immersive mini movies, which will take you to meet all kinds of alien entities.

Flashback selection no.1. Two of these tracks originally came out in 2008, when I said this in The Wire magazine: “There’s nothing like a complete outsider to turn the conventions of a genre inside out, and Matthew J Saunders of 4AD’s motorik shoegaze pop explorers Magnétophone has done just that with his incursions into dubstep as Veil. Marshalling analogue synths and reverbs, Saunders brings whimsical Radiophonic melodies (on ‘Eat The World’) and an ever so slightly ramshackle, played-live sensibility, as if Hot Chip were jamming with Jaki Liebezeit (on ‘Park Mist’) into play. Thankfully, though, there’s none of the indie tweeness that could come with these approaches. Instead, Saunders has taken on board dubstep’s sound system sense of physical scale, and in so doing made his components strange, threatening and fantastical — and, by forgetting DJ-friendly orthodoxy and adding musicianly touches, opening up rich new avenues of exploration of chord patterns and long form melodic routes through dubstep’s architecture.”

They’re still very good – and now there are two unreleased tunes added to make a digital EP, which are also very good.

Flashback selection 2. Electro-house was a funny old thing wasn’t it? Though it certainly had some bangers, I always associated it with lowest common denominator cheese, and in retrospect, along with the rowdier end of dubstep it’s guilty of being a gateway drug for the worst excesses of Dutch and American EDM. However, when I dug out a 2007 mix by Dutchman Mason while sorting out CDs for a long drive, I was extremely pleasantly surprised: though the riffs are genially cheesy, a lot of the music has deep electropop/disco roots – there are great waves of Throbbing Gristle and Giorgio Moroder running through it, and the whole thing pumps very pleasantly, with a whole lot of real gusto and joy to the synth-tweaking. Feist really should do more dance music, she’s got a strong affinity for it, is a very interesting songwriter (and GREAT interviewee), and this still stands up as a cracking dancefloor track.

Buy the mix here and the song here.