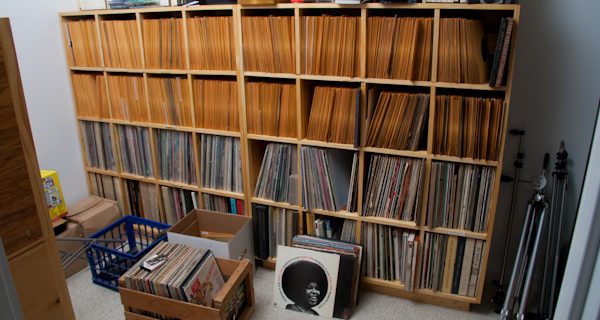 You know the score by now. BFLF regular DJ and music journalist offers up five tracks, videos, albums or streams; no ratings because they’re all good and worthy of your attention. Let’s go!

Sometimes the piano is all you need. This EP is full of vintage Detroit techno style goodness, burbling and bubbling synths, thumping 909 drums etc etc etc, and would be well worth your time on that basis alone. But the pianos in the appropriately named “4am Chord” take it somewhere else – to that place where suddenly everyone around you looks nicer, the air around you feels warmer, your cheeks pull your face into a smile, all the pettiness that had seemed so important seconds earlier dissipates into the air, and you can’t remember what tiredness feels like.

They’re best known for fidgetty and awkward electronica, but MoM have always been capable of knocking out a banger – their rowdy album with Mark E Smith as Von Sudenfed back in 2007 being case in point – and most recently, since their hookup with Modeselektor and their Monkeytown label, they’ve been solidly dancefloor-focused. The new EP brings in bashment, grime, warm rave vibes and – as on “Bluescreen”, lashings of Chicago footwork energy. It’s still got the nerdy weirdness but function clearly comes first here.

We’ve generally stuck to dance music in the broadest possible sense so far, but this is too good to ignore. And after all, The Cure were the one band that Andrew Weatherall refused to remix, way back when they did the Mixed Up album, because he didn’t think he could improve on perfection: you can’t get much better club music credentials than that. Anyway, here are The Cure when they were very, very young and peculiar, and it’s absolute magic. As an added bonus, there are pictures of Robert Smith awkwardly trying to avoid being photographed with Debbie Harry, too.

Call me a massive heathen if you like, but I have a soft spot for over-produced, over-stimulated modernist drum’n’bass, even when it absolutely desecrates a 24 year old classic. ESPECIALLY when it desecrates such a classic, in fact. Just listen to this clip of Andy C – who made the damn tune all those years ago – playing the new turbocharged version. Try and drop any vestiges of rave snobbery, and imagine just how spare the crowd in Paperworks went first as they heard the rippling synth hook, then as the beat dropped. This is a precision tooled war machine of a remix.

A tendency for hat/hairdo combinations that make him look like Little Mark Owen from Take That notwithstanding, Aksel Schaufler is a fantastic artist, and it’s no wonder that he’s been a mainstay of Cologne’s mighty Kompakt label since the turn of the millennium. While previously he’s been an exemplar of Kompakt’s classy, shiny techno aesthetic, this year he’s cut loose with a wonderfully odd monthly set of 15-minute tracks which month by month add up to a six-hour album. This month’s tracks are the deeply disquieting “Rock’n’Roll Baby”, which takes an exoticist slo mo glam-rock dunga-dunga rhythm into terrifying zones, and the wonderful “Shining”. While “Shining” isn’t without its scary aspects, it has a warm heart: just let its slow-growing techno/electropop throb do its thing in the background, and before you know it you’ll be in your happy place.